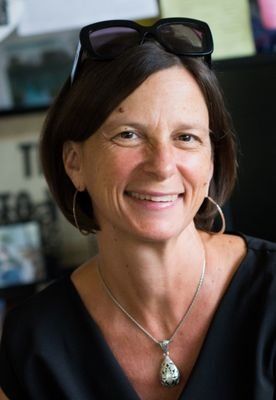 The Labor Day holiday was created in 1894 to honor both the struggles and achievements of the American workforce.  More than a century later, workers in Florida are still fighting for their freedom to earn a secure life for their families.  These basic freedoms include access to quality and affordable healthcare, good wages, affordable housing and the right of workers to stand together as a union.

Florida needs unions, because when workers join together, we all win.  The playing field gets leveled and all Americans – not just the wealthy and powerful - have a voice and can pursue their dreams. When more of us are in unions, we can raise wages and create balanced, inclusive growth, build strong communities where everyone has the opportunity to thrive.

Numerous studies show the union difference in which wages increase and entire communities are better off when union participation is strong.  Especially during the Labor Day weekend, families all across America can thank unions for many benefits, such as weekends off; 8-hour work days; the 40-hour work week; paid holidays and vacations; breaks at work; family, medical and military leave; and more.

Everyone who works hard -- union and non-union alike -- should be able to make ends meet. But too many people are working longer hours for lower wages because billionaires and the politicians in their pockets have rigged the economy.

We’ve seen what happens when billionaires and corporations have all the power: they get massive tax breaks, skyrocketing profits and millions in CEO pay, while tens of millions of Americans earn less than $15 an hour with no healthcare or retirement security. We end up with too many poverty-wage jobs and not enough good jobs that can sustain families.

In Florida, for example, recent news reports showed Rick Scott’s personal wealth rose from $83 million to $282 million just in the time he served as governor.  Yet, certified nursing assistants, the professionals who serve our senior citizens in nursing homes and other facilities, average less than $12 per hour, according to employment surveys.  Adding to this cruel irony: these trained and dedicated healthcare workers can’t afford their own health care.

This terrible disparity doesn’t happen by accident.  It happens when working people don’t have the power in numbers in a union to fight back. Whether corporations are outsourcing, subcontracting or firing and threatening workers who organize, or otherwise trying to destroy unions, it’s all the same:  they’re holding pay down, holding workers back, and ultimately hurting us all.  But when workers can stand united, everyone can prosper.

We once enjoyed an economy that was the model of the world when unions were strong.  But sadly, we’ve been surpassed largely due to misguided priorities of politicians complicit with corporate greed.  According to the Economic Policy Institute, CEOs were paid a shocking 300 times higher than the average worker ($16 million compared to $50,000), and the inequality is sure to climb to dizzying and repellent heights due to the Trump-Scott rigged-for-the-rich tax cuts.

Our Florida unions are fighting for a return to fairness and overall freedoms related to health care, wages, housing and worker rights.  Some specifics include the protection of Medicare and expansion of Medicaid; a $15 minimum living wage; the right of airport and homecare workers and adjunct faculty to join a union; all of which will lift our entire community.

And this year’s November election presents Floridians with our best opportunity to sweep out the unprecedented corporate cronyism and corruption. Instead, we can vote for real leaders who will serve the people.

This Labor Day, this election year, it’s truly a vote for freedom.